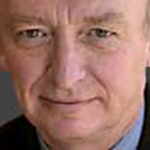 Michael is well-known for his work at the Globe and Mail, where he has been a reporter, a national political columnist, a member of the editorial board, a deputy managing editor, and an Africa-based correspondent.  He has also produced documentaries for CBC radio, written for Maclean’s and other national news magazines, has co-authored two books on the Canadian constitution, and has won three National Newspaper Awards.