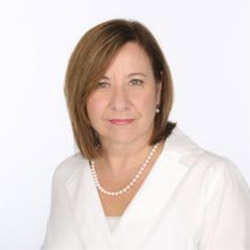 During her tenure as the 2018 Asper Fellow, Kathy English tackles the critical and timely issues of truth in news, the recent interrogation of facts and “alternative facts,” the disruption of the mainstream media landscape, and media literacy.

She is teaching a graduate seminar course in the Master of Media in Information & Communication (MMJC) program titled “The Facts about Fact: Critical Issues in Media Literacy.”

Kathy English has been the public editor at the Toronto Star since 2007. Prior to this role, she reported and edited for six Canadian daily newspapers including the Star, the Globe & Mail and the London Free Press.

English is also currently an executive board member of the Canadian Journalism Foundation. As co-chair of its programming committee she is involved in the production of J-Talks, a series of public discussions about current media issues. She also serves on advisory boards for the Ryerson School of Journalism, the Sheridan College journalism program, and the advisory board of Informed Opinions.

English earned both undergraduate and graduate degrees at Western, graduating with a Master of History degree in 1998. She also taught as a tenured faculty member for the Ryerson School of Journalism from 1989-1999.