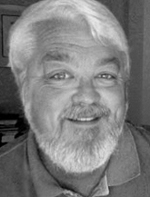 During his term as Fellow, Kovarik taught JOU 9742 Environmental Journalism in the Graduate Program in Journalism.

Bill Kovarik is a veteran journalist, teacher and historian who has spent nearly 30 years writing about energy and the environment.  He taught journalism at Radford University and Virginia Tech, and earned a PhD while working as a journalism instructor at the University of Maryland.

He has worked with mainstream media such as the Associated Press, Jack Anderson, the Charleston SC Post, the Baltimore Sun, and Time-Life Books, and also with alternative media such as Appalachian Voice, Appropriate Technology Times, Canadian Renewable Energy News and others. Kovarik was on the board of directors of the Society of Environmental Journalists.

“Environment is the story of the century, and it’s a complicated beat,” said Kovarik. “We need to awaken the interest of a new generation of reporters, and during these tough economic times, we need to keep the public service mission of journalism very much in view.”

Kovarik has written two books about environmental topics: Mass Media and Environmental Conflict, (co-authored with Mark Neuzil), which won a 1997 American Library Association award, and The Forbidden Fuel, a 1982 book about ethanol. That book will be republished by Bison Press / University of Nebraska in 2010. He has also written numerous papers about the history of environment and science reporting such as “The Radium Girls,” “Dr. North and the Kansas City Newspaper War,” and “Henry Ford, Charles Kettering and the Fuel of the Future.”

Kovarik has covered environmental issues from the floor of the US Senate to the biofuels industry of Ontario to the rain forests of Costa Rica. He is particularly interested in concepts of sustainability and the public debate about renewable energy and the costs of climate change mitigation. He has also appeared in several documentary television programs about the historical controversy over biofuels.

During his fellowship at Western, Kovarik taught a graduate course in environmental journalism, JOU 9742, as well as conducted research for two books and an open-source wiki into the history of the mass media, with particular emphasis on public dialogue over concepts of sustainability.