Have alumni news you'd like to share in a future issue of the FIMS Alumni Newsletter?
Email: fims-alumninewsletter@uwo.ca.

Alum working the Junos
Mike Adhihetty, BA’13 (MTP), and Elyssa Macri, BA’09 (MTP), will both be working on the next Junos, which are being held in London, Ontario in 2019. Adhihetty will work as a Videographer/Editor, while Macri will serve as the Communications Manager.

Digital nomad wins video contest
Joanna Afghani, MMJC'17, won a video contest hosted by Allianz. In her video, Joanna, who has been travelling the world as a photographer and videographer and working as a "digital nomad," focuses on how she moves and travels through the world as someone who needs to be able to pick up and go at the drop of a hat. Her video can be viewed on Facebook.

Alumna wins award, goes roving
Katrina Clarke, MA'13 (Journalism), was named the recipient of the 2018 Gordon Sinclair Roving Reporter Bursary. Clarke plans to use the bursary to examine failures and successes of Indigenous education across Atlantic Canada and abroad. See the press release. 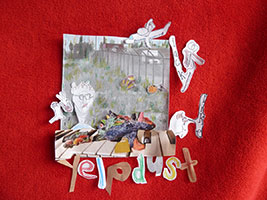 Past and present PMC creative projects available online
Recent creative projects from Popular Music & Culture students are available on Spotify and have also been added to the FIMS website under Student Research. Congratulations to recent grads Lucas Zielke (Yelp Dust, 2018) and Jeff Donison (Caves & Emanations, 2018). We've also added a couple of projects from further back, including Jordan Mandel's The Music is the Message (2012) and Dan Shore's Biscuits & Logistics, Vol. 0: The Medulla Oblongata (2011). If you're a PMC grad with a creative project available online, we'd love to add it to the FIMS website. Drop us a line at fims-alumninewsletter@uwo.ca.

Alum takes on SSHRC Storyteller's Challenge
Mackenzie Enns, PMC alum and current PhD candidate in musicology, was selected as one of the 25 finalists in the SSHRC Storytellers Challenge. Enns' submission is titled "Game Scoring: Software Programming and/as Aleatoric Composition," and is available on YouTube.

A thank-you to Digital Extremes for their support
Many thanks to alumna, Rebecca Ford - BA’12 (MIT) - and her employer Digital Extremes, for their donation in support of undergraduate programming needs. Their generosity and care for our student experience is much appreciated.

Alum nominated for Sports Emmy
Jared Gutstadt (BA’00, MIT), CEO and Co-Founder of Jingle Punks Music, has been nominated for the 2018 Sports Emmy award for Best Outstanding Long Form Documentary as an associate producer for the documentary "89 Blocks".

Making an appearance on Jeopardy
Andrew Lundy, MA'90 (Journalism), current Vice President, Digital at The Canadian Press, appeared as a contestant on Jeopardy on September 14, 2018.

Alum reflects on humour and trauma
Anushree Majumdar, MA'12 (PMC) and reporter with the Indian Express, reflected on the potent and complex relationship between humour and trauma through the lens of her own experiences in an article titled "The Joke's on Me: Life lessons from Hannah Gadsby" on July 8.

Alum a serial book publisher
The latest novel from Kate Taylor, MA’85 (Journalism), titled Serial Monogamy (winner of Kingston Reads: Battle of the Books), is now available in the paperback edition. Taylor has published several novels, including Mme Proust and the Kosher Kitchen (winner of the Commonwealth Writers’ Prize for best first book), and A Man in Uniform (nominated for the Ontario Library Association’s Evergreen Award).