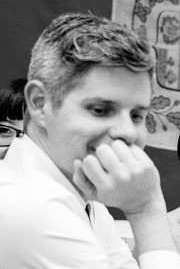 Professor Steele is a popular lecturer who has been teaching in the Media, Information & Technoculture program since 2008.  He has taught a wide variety of courses in that time, and is currently teaching the upper year courses Race, Ethnicity, and Technology, and Crash Landscape.  As a former MIT grad, Professor Steele often develops his own courses to complement the existing curriculum, with a specific focus on technoculture.  He also received a Dean's Award for Excellence in Part-Time Teaching from FIMS in 2014.

Professor Steele will receive a medal and commemorative scroll, to be presented at Spring Convocation.  In addition, his name will be inscribed on a plaque which will be displayed in a prominent location in the University.