Construction on the new FIMS/Nursing building is approximately 35% complete. The hope is that the outside of the building will be finished by Christmas so that work can continue unhindered on the inside throughout the winter.

The GRC will have more space in the new building, which is good news for a facility that is currently at capacity. Highlights include:

Recent photos of the construction site 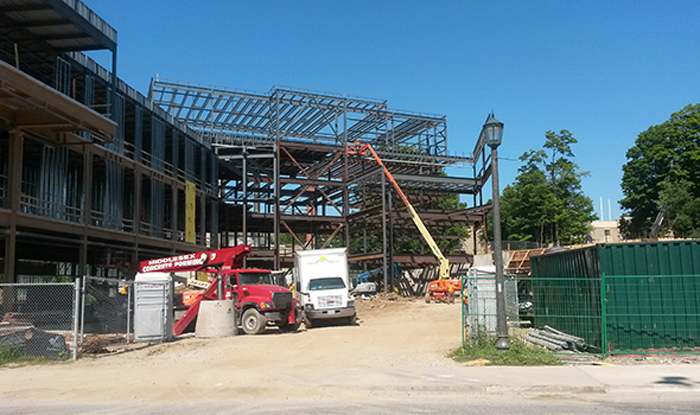 July 24, 2015: The beginnings of the North Wing (the FIMS wing) start becoming visible on the construction site. 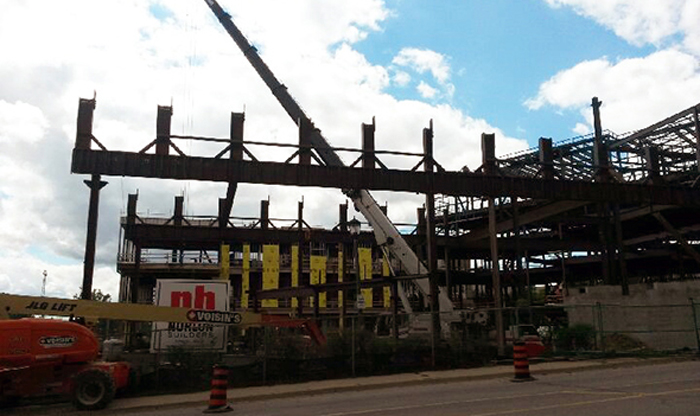 August 24, 2015: Large beams for the floating overhang are lifted into place. 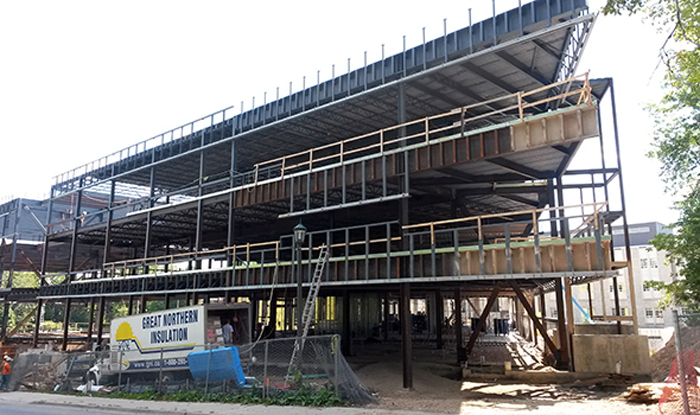 September 22, 2015: The outside façade of the FIMS wing, where many offices will look out from. 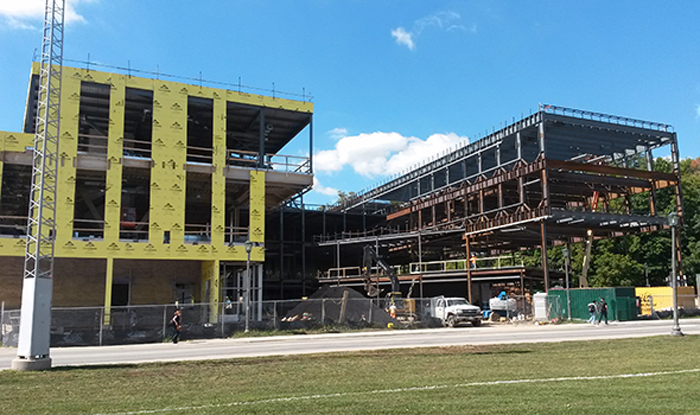 September 22, 2015: The full scope of the building from the practice fields across the street. In this photo, the support beams for the floating overhang are still in place. 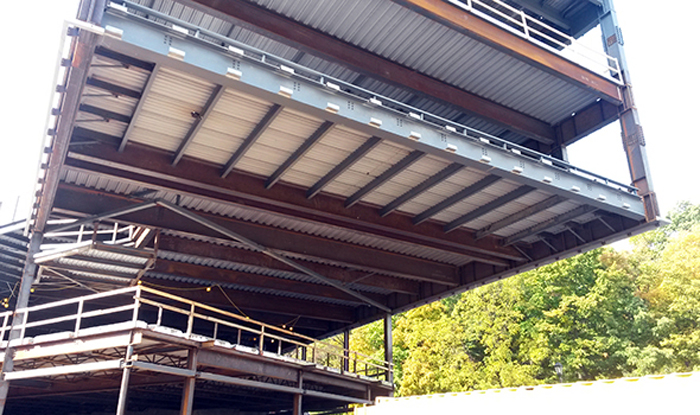 October 8, 2015: A photo of the floating overhang after the supports have been removed. The Graduate Resource Centre will be located in this part of the building. 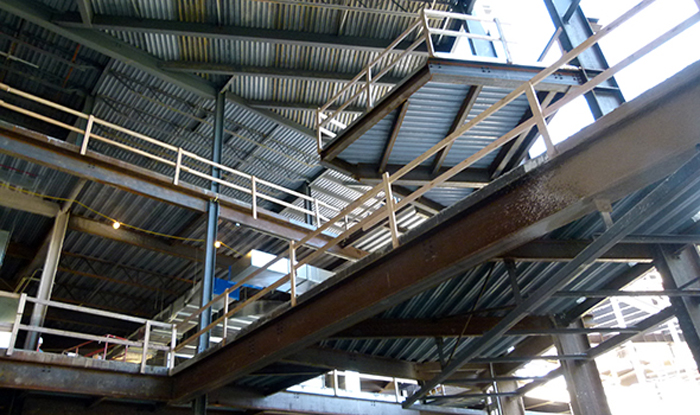 October 23, 2015: A shot of the construction going on inside the building. 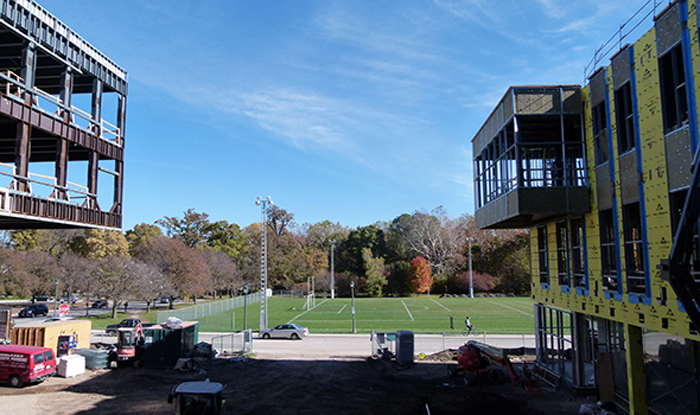 October 23, 2015: A photo from inside the building, looking out across the courtyard. FIMS is on the left, Nursing is on the right. 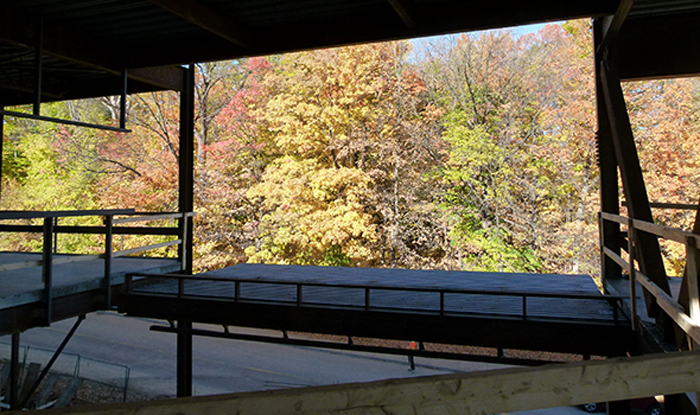 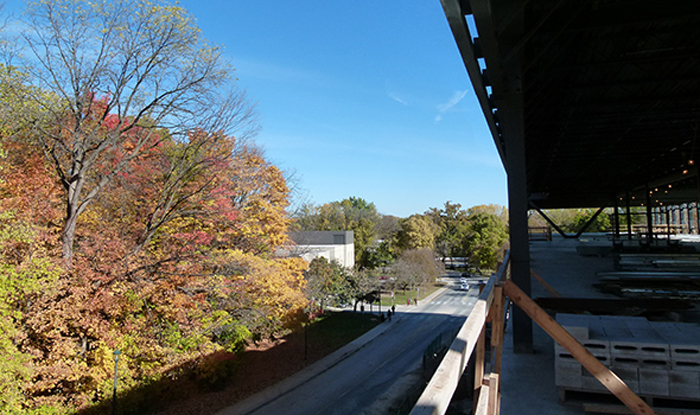 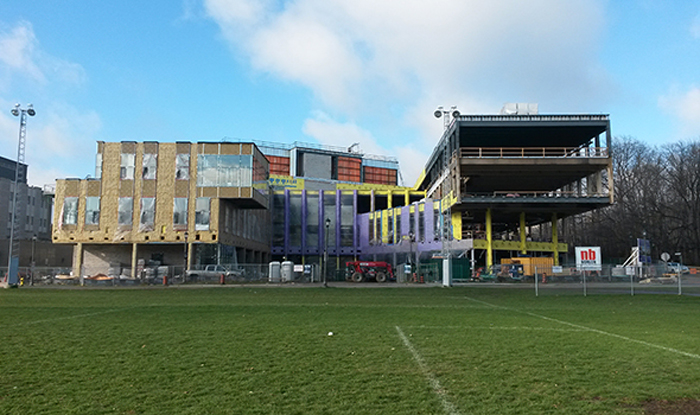 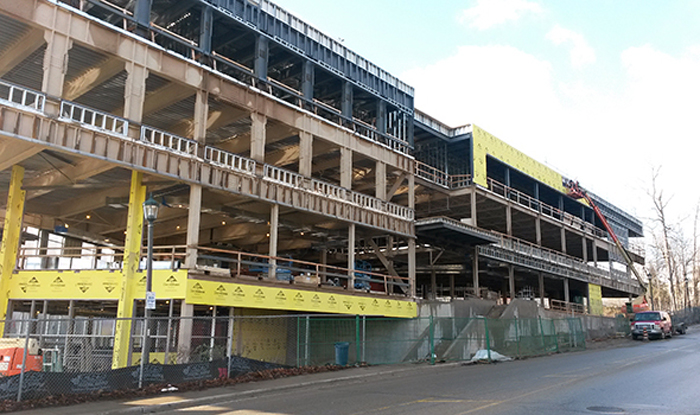 December 3, 2015: The most recent view of the outside of the FIMS wing.