A place to call our own

When faculty, staff and students return to campus in the New Year, they’ll have something special to keep an eye on. That’s because construction on the new FIMS/Nursing building is slated to begin in January 2015.

For the FIMS community, this moment has been something of a winding road. Housed in the tight, less-than-ideal confines of North Campus Building since 2004, the Faculty’s new home will be bigger, brighter, and more functional.

“According to basic provincial government guidelines, a Faculty our size should have about 40,000 square feet, and we’ve been operating with 28,000 square feet in North Campus Building. But equally important, FIMS needs a space in which it can establish its identity on campus and externally, and pursue the goals laid out in our Academic Plan." The construction of the currently unnamed building is the culmination of a second round of planning, after an initial plan to move into the renovated Ivey HBA Building didn’t pan out. That project was cancelled by the university last year after it was realized that it would be more cost-effective to construct an entirely new facility.

Carmichael notes that the FIMS Space Committee has been working on the building project in various capacities since 2007. In 2013, they teamed up with the architectural firm Tillman Ruth Robinson to design the building that is now on the cusp of construction.

“It’s been a very productive, collegial working relationship,” Carmichael says of the collaboration between the space committee, university, and architects.

“We’re all looking forward to construction beginning, and then a move-in date of January 2017.”

Members of both the FIMS and Nursing communities have a lot to look forward to in the new building. Located on the corner of Huron Drive and Lambton Drive (where the old Services Building used to sit), the facility will occupy 130, 000 sq. ft. of space and rise four stories.

After an extensive consultation effort on the part of the architects, it became obvious that natural light, open spaces and sitting areas should be high priorities. As such, the design places heavy emphasis on windows, seating and break-out areas for students.

A selection of lecture halls, flex spaces and common areas will allow for the majority of FIMS programming to take place in the building, meaning that undergraduate students will be able to establish a sense of ownership and belonging in the environment.

Carmichael says the versatility of the building will be one of its greatest strengths.

“The building was designed with a great deal of flexibility, in terms of the instructional space. This was done so that we will be able to respond to future changes in programming and to the diverse needs of the Faculty.  Hopefully it will allow us to grow into ourselves.”

Graduate students, who are currently housed in an entirely different building from NCB, will enjoy being situated in and amongst their supervisors, other faculty members, and colleagues up on the 4th floor. The space was designed with an eye to collaboration and cooperation.

The 3rd floor will house the new Graduate Resource Centre, which will occupy a significantly larger space than currently. The added real estate will allow for new features, such as a Maker Space, flexible meeting areas, and a better division between quiet and noisier areas of the library. The 3rd floor will also house a production area that will include a television studio, radio booths and editing suites, along with instructional and flex spaces.

The Dean’s Office, along with all the associated staff offices, will be located on the 2nd floor, making it a one-stop shop for students looking for administrative services.  Both undergraduate and graduate student services will be located there, along with other staff related to research, human resources, communications and computing services.

With construction expected to begin in January, the move in date is currently set for December 2016, with classes being held in the building for the first time in January 2017. 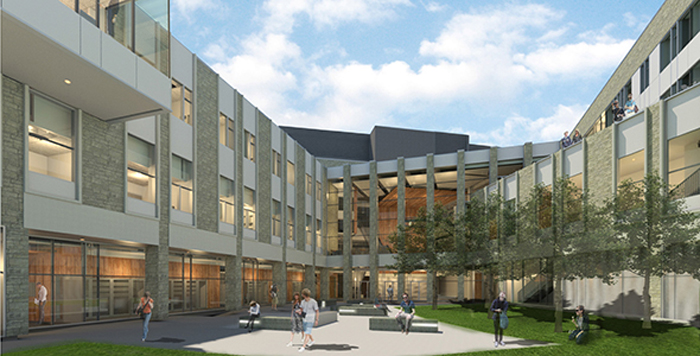 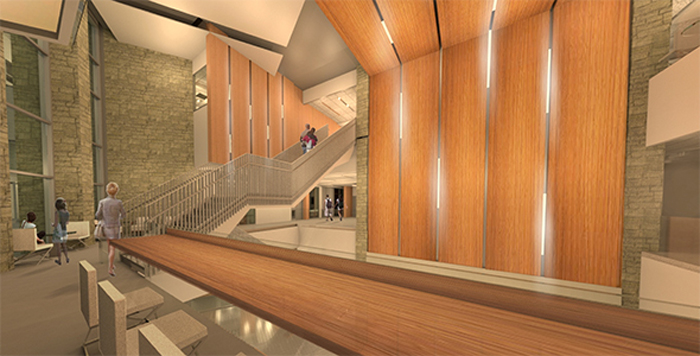 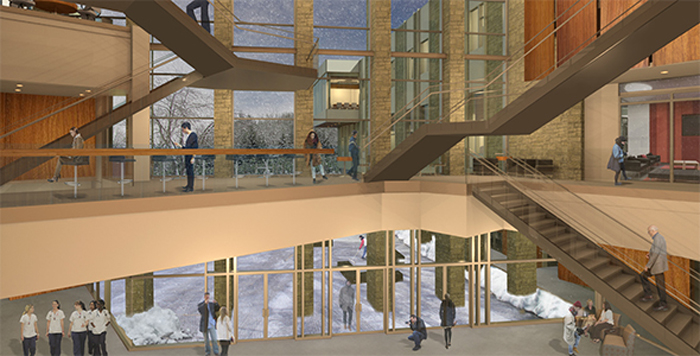 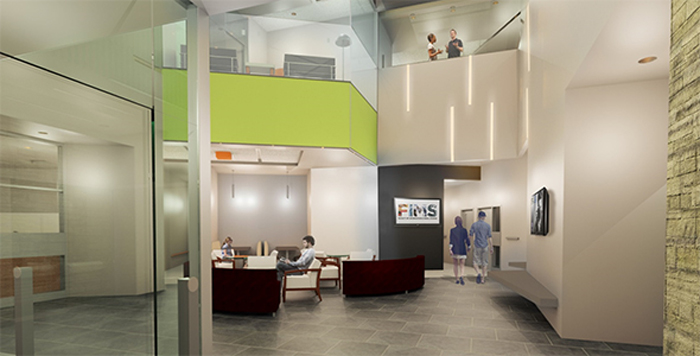