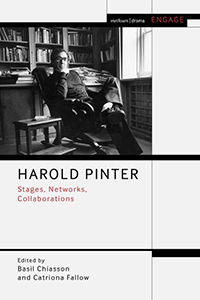 The life and works of Harold Pinter (1930–2008), a pivotal figure in British theatre, have been widely discussed, debated and celebrated internationally. For over five decades, Pinter's work traversed and redefined various forms and genres, constantly in dialogue with, and often impacting the work of, other writers, artists and activists.

Combining a reconsideration of key Pinter scholarship with new contexts, voices and theoretical approaches, this book opens up fresh insights into the author's work, politics, collaborations and his enduring status as one of the world's foremost dramatists (continue reading). 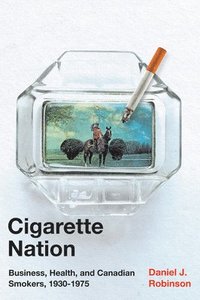 Watch Professor Robinson chat about his new book with Steve Paikin on TVO's The Agenda (February 11, 2021).

Description from publisher (McGill-Queens University Press): In the 1950s, the causal link between smoking and lung cancer surfaced in medical journals and mainstream media. Yet the best years for the Canadian cigarette industry were still to come, as per capita cigarette consumption rose steadily in the 1960s and 1970s. In Cigarette Nation, Daniel Robinson examines the vibrant and contentious history of smoking to discover why Canadians continued to light up despite the publicized health risks.

Highlighting the prolific marketing and advertising practices that helped make smoking a staple of everyday life, Robinson explores socio-cultural aspects of cigarette use from the 1930s to the 1950s and recounts the views and actions of tobacco executives, government officials, and Canadian smokers as they responded to mounting evidence that cigarette use was harmful. The persistence of smoking owes to such factors as product development, marketing and retailing innovation, public relations, sponsored science, and government inaction. (continue reading).

Murder in Our Midst: Comparing Crime Coverage Ethics in an Age of Globalized News 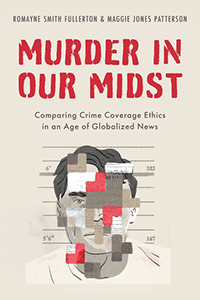 Description from publisher (Oxford University Press): As immigration, technological change, and globalization reshape the world, journalism plays a central role in shaping how the public adjusts to moral and material upheaval. This, in turn, raises the ethical stakes for journalism. In short, reporters have a choice in the way they tell these stories: They can spread panic and discontent or encourage adaptation and reconciliation.

In Murder in Our Midst, Romayne Smith Fullerton and Maggie Jones Patterson compare journalists' crime coverage decisions in North America and select Western European countries as a key to examine culturally constructed concepts like privacy, public, public right to know, and justice. Drawing from sample news coverage, national and international codes of ethics and style guides, and close to 200 personal interviews with news professionals and academics, they highlight differences in crime news reporting practices and emphasize how crime stories both reflect and shape each nation's attitudes in unique ways. (continue reading).

Review from Clifford G. Christians, University of Illinois: "This stunning book will become a classic in comparative research. The authors' interpretive power is unparalleled. Textual analysis, open-ended interviews, empirical studies in ten countries become an absorbing narrative. By calibrating care and justice, and integrating cultural values with institutional structures, Murder in Our Midst demonstrates the complexities in media ethics with paradigm-changing intelligence."

Gorgeous War: The Branding War between the Third Reich and the United States 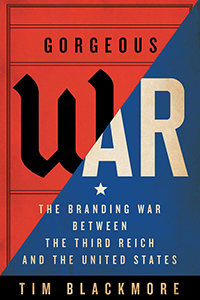 Description from publisher (Wilfrid Laurier University Press): Gorgeous War argues that the Nazis used the swastika as part of a visually sophisticated propaganda program that was not only modernist but also the forerunner of contemporary brand identity. When the United States military tried to answer Nazi displays of graphic power, it failed. In the end the best graphic response to the Nazis was produced by the Walt Disney Company.

Using numerous examples of US and Nazi military heraldry, Gorgeous War compares the way the American and German militaries developed their graphic and textile design in the interwar period. The book shows how social and cultural design movements like modernism altered and were altered by both militaries. It also explores how nascent corporate culture and war production united to turn national brands like IBM, Coca-Cola, and Disney into multinational corporations that had learned lessons on propaganda and branding that were being tested during the Second World War (continue reading).